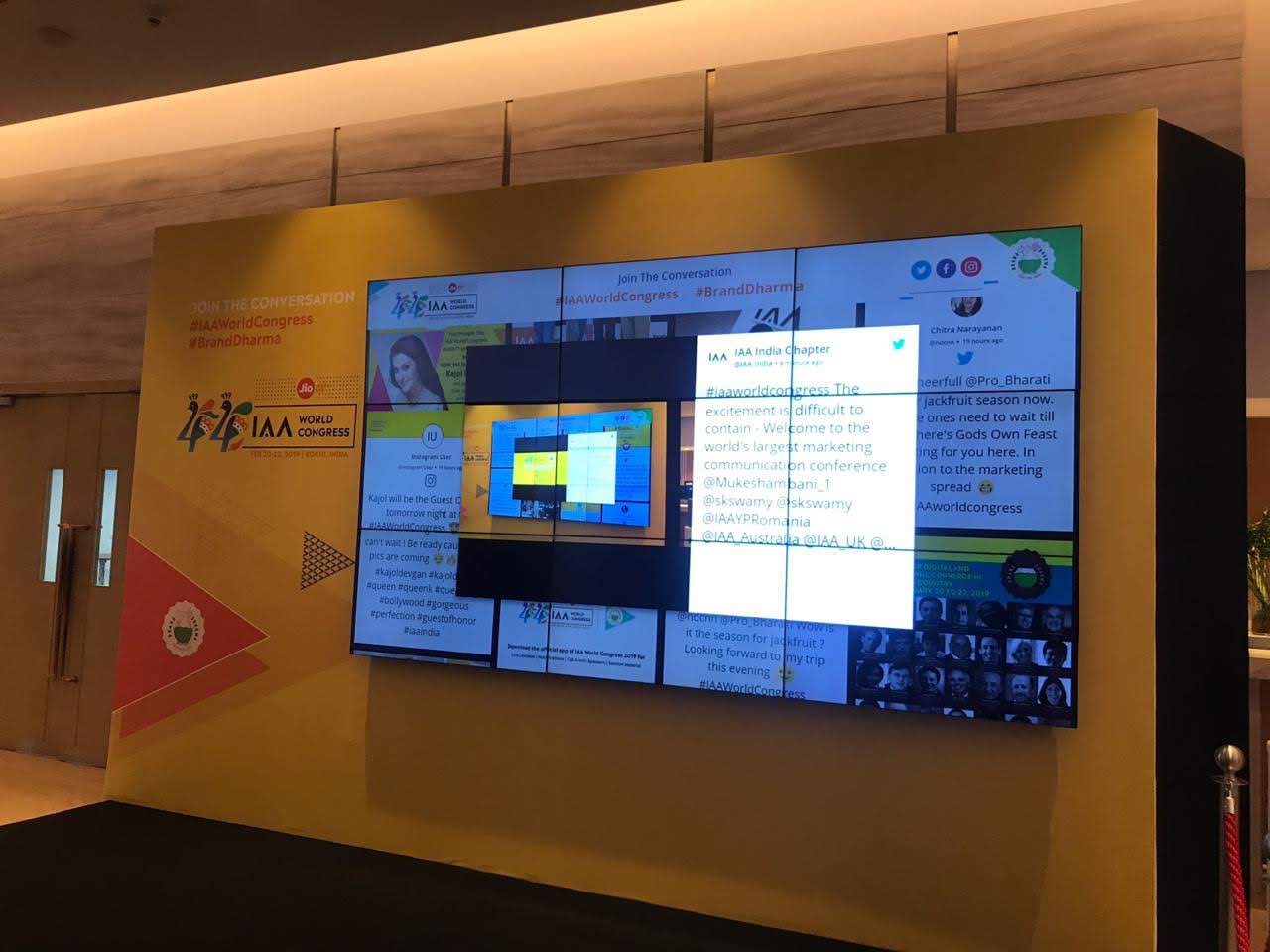 What is a Tweet wall and its importance in events

Twitter, known for its micro-blogging aesthetic, is one of the most popular social media platforms. It is a major hub for influential people around the world like politicians, celebrities, corporate, and influencers.

The enablement of interaction and information-sharing in short text messages accompanied by images, gifs or videos makes it an extremely interactive and engagement-driven platform. These features present a sizable opportunity for event organizers to interact and engage with their audience and drive engagement that leads to better ROI and conversion rates.

And the idea of displaying live twitter feeds at the events has been harnessing traction in the event management and organizing province.

But as it is a new concept, there might be a question as to

Instructions can be provided in the content aggregation tool to harness Tweets that are relevant to the event theme or a specific topic of concern. These Tweet walls are immensely resourceful in making the event lively and interesting to the audience.

Since we have understood what Tweet walls are and how they are relevant to the events. Let’s discuss further as to how they are crucial for an event.

For any event, It is extremely important that the event is creating a buzz in the market i.e. People are getting aware, showing interest and intention in the event. Twitter walls are immensely influential in spreading awareness, driving engagement and publicizing the event to a larger audience.

You can set up the Twitter wall at an event with real-time feed showing users talking about the event and encouraging attendees to tweet about the event as well that would result in extensive exposure to the event in offline as well as online space.

Related Article:  Everything You Need To Know About Physics Wallah App And Its Features

Besides that, you can even put up a Tweet wall even sometime prior to the event in crowded or areas with high intensity of target audience displayed with an event-specific handle or hashtag. This would make the audience to talk about the event and will give you existing buzz leading up to the day of the event.

Twitter walls are interactive and engaging and thus they can be used to drive interaction and engagement at the event and on Twitter as well. We have all seen how people get excited and furious when they appear on the big screen at any event, sports match, or just a birthday party as the audience loves that 10 seconds of fame.

Everything You Need To Know About Physics Wallah App And Its…

This opportunity to feature on the big screen will make the attendees or even the Twitter users who are not present to interact and engage by posting Tweets related to the event. This will make the audience more involved and interactive in the event and the event will come alive.

Since we know that Tweet wall drives interaction and engagement among the audience and user-generated content is at its maximum level, you can promote your brand with that content. Content aggregator tools such as Taggbox allow you add your banner with the Tweet wall feed.

This will be hugely beneficial for the event and the brand as you are showcasing UGC supported by your brand’s banner, making your brand look like it values audiences’ views and feedback, has a positive brand image, authenticity and encourages the audience to interact with the brand.

This will help in giving your event a diverse exposure and attract amplified leads.

Although the Twitter wall has been set up in the event the audience posts are being uploaded on Twitter. Therefore, with the in-event benefits, it will also provide added benefits to the brand on digital space.

The people who are interested in the theme of the event but were unaware of the event due to geographical limitations would be able to explore what the event was about, the topic of discussion, and attendees’ experience. All this will unlock the brand to the huge group of audience and followers of the people who have tweeted about your event and its specific.

Besides all the utilitarian benefits of the Twitter wall that have been listed above, it has the hedonic value attached to it as well. The Twitter wall can fulfill the entertainment aspect of an event where the attendees’ can explore what other attendees are saying, upload funny, exciting photos and videos of the event as well.

This could be really helpful in events like weddings and also at corporate events as it will be helpful and joyful for the attendees to have a bit of recreation after a tiring event.

It is clear that you will ab able to create awareness, gain exposure, positive brand image, amplified engagement, and possibilities of gaining maximum leads and conversion. And you will be able to do this at minimal cost and effort, otherwise impossible.

We have given you an overview as to what the Twitter walls can do for any event and why you should employ them at your next event.

Should You Opt For Repair Center NYC?