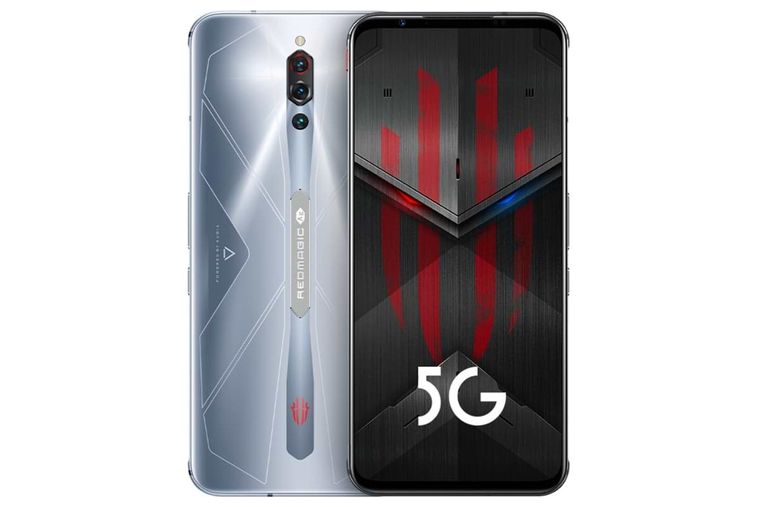 Nubia Red Magic 5S has launched as the newest member in the brand’s Red Magic series of gaming smartphones, after the Red Magic 5G and Red Magic 5G Lite. The new model comes with Qualcomm Snapdragon 865 SoC. The smartphone also features an upgraded cooling system called ICE 4.0 that is backed by a centrifugal fan with a speed of up to 15,000rpm. The Red Magic 5S comes with IC shoulder buttons for better gaming experiences. You’ll also get triple rear cameras, with a 64-megapixel primary sensor. Further, the Red Magic 5S offers up to 256GB of onboard storage.

Details about the global launch of the Red Magic 5S are yet to be revealed.

The dual-SIM (Nano) Nubia Red Magic 5S runs on Android 10 with Nubia UI (Red Magic OS) on top. The phone features a 6.65-inch full-HD+ (1,080×2,340 pixels) AMOLED display with 19.5:9 aspect ratio, 144Hz refresh rate, and 240Hz touch response rate. The display also has TUV Rheinland certification and up to 4,096 levels of automatic brightness adjustment setting. Under the hood, the Red Magic 5S has the octa-core Qualcomm Snapdragon 865 SoC that has a maximum clock speed of 2.84GHz, coupled with up to 16GB LPDDR5 RAM.

How To Fix Youtube Audio Renderer Error on Windows 10

The Red Magic 5S comes with up to 256GB of UFS 3.1 storage that doesn’t support expansion via a microSD card. Connectivity options include 5G, 4G VoLTE, Wi-Fi 6, Bluetooth v5.1, GPS/ A-GPS, USB Type-C, and a 3.5mm headphone jack. There is also a dedicated connector for the Ice Dock. Sensors on board include an accelerometer, ambient light sensor, gyroscope, magnetometer, and a proximity sensor. There is also an in-display fingerprint sensor.

Nubia has provided its proprietary ICE 4.0 system that uses a combination of both thermal and air cooling to reduce heat generation. The phone has the centrifugal fan that is paired with a silver-plated heat sink. Also, there is an L-shaped liquid cooling tube to dissipate heat from various components.

How To Fix Youtube Audio Renderer Error on Windows 10

What is a Forex broker and how to choose the right one?