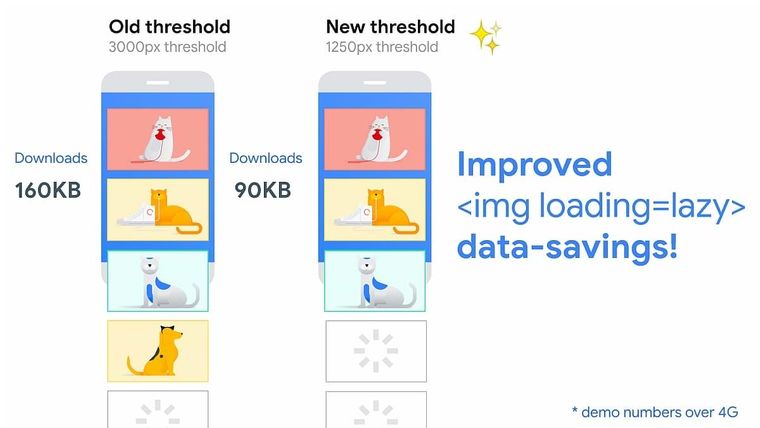 Google Chrome has made its lazy-loading feature even more efficient than what it was when first rolled out last year. Lazy loading feature allows you to save data as it loads images on the site only when you are about to view them. The distance-from-viewpoint threshold has now been reduced to 1250px from 3000px for fast connections (e.g 4G), and to 2500px from 4000px on slower connections (e.g 3G).

Google Engineering Manager Addy Osmani wrote on his blog about the change, saying that the new thresholds will offer much better data-savings now. The changes have been backported to users of recent versions of Google Chrome (79-85), so that they can avail of the latest update.

Instead of loading all images as soon as you open a webpage, Google Chrome lazy loading loads the content only when you scroll and have it in view. Until you scroll down, the image will not load. This saves data, and also saves on delays in the initial website start ups. It is recommended Web developers to avoid setting lazy-loading for images visible in the first viewport, and to add it for the positions below.